Mahjong is a tile-based game that was developed in China during the Qing dynasty and has spread throughout the world since the early 20th century. It is commonly played by four players (with some three-player variations found in South Korea, Japan and Southeast Asia). The game and its regional variants are widely played throughout Eastern and South Eastern Asia and have become popular in Western countries too. The game has also been adapted into a widespread online entertainment. Mahjong is a game of skill, strategy, and calculation and involves a degree of chance. 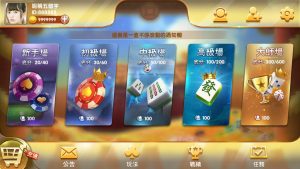 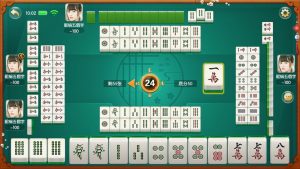 Texas hold 'em is a variation of the card game of poker. Two cards, known as the hole cards, are dealt face down to each player, and then five community cards are dealt face up in three stages. The stages consist of a series of three cards ("the flop"), later an additional single card ("the turn" or "fourth street"), and a final card ("the river" or "fifth street"). Each player seeks the best five card poker hand from any combination of the seven cards of the five community cards and their two hole cards. Players have betting options to check, call, raise, or fold. Rounds of betting take place before the flop is dealt and after each subsequent deal. The player who has the best hand and has not folded by the end of all betting rounds wins all of the money bet for the hand, known as the pot. 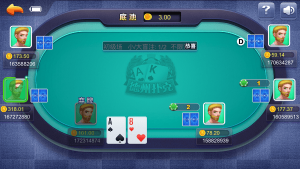 A puzzle is a game, problem, or toy that tests a person's ingenuity or knowledge. In a puzzle, the solver is expected to put pieces together in a logical way, in order to arrive at the correct solution of the puzzle. There are different genres of puzzles, such as crossword puzzles, word-search puzzles, number puzzles, or logic puzzles.